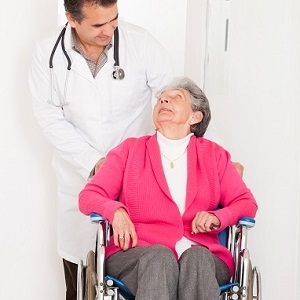 Does “Low Oxygen Level” information apply to YOU?

If your oxygen levels are not low, maybe you think you don’t need to worry.

How do you know if you have low oxygen levels?

If you go to an appointment with your doctor and you are tested with a blood oxygen level evaluation tool called an oximeter and your blood oxygen saturation levels appear to be fine, does that mean you don’t need to concern yourself with low oxygen level information?

Answer these question for yourself: END_OF_DOCUMENT_TOKEN_TO_BE_REPLACED

It’s important to realize that the seriousness of what you are dealing with urgently calls for you to take action.

Your chance to recover from debilitating illness largely depends on your awareness of exactly what it is that you need to do.

The harm caused by pharmaceutical drugs is another possible obstacle.

Since your disease process is very advanced by the time you receive a heart failure diagnosis you have good reason to be concerned.  So often though, I see that caregivers are also living with very concerning symptoms that are never addressed until they themselves are facing drastic circumstances!

Heart Failure Solutions offers real answers for Heart Failure and other forms of cardiovascular disease as well as any other disease  that might show up on your journey to wellness.

The tools are here for you to utilize.  Only you can receive this gift.  If your loved one can’t see the value in simple change you can’t want it FOR them.

This is NOT pie in the sky!  This is real hope and real solution.

Starting sooner than later is a really great idea, but even if you are already in dire straights, the information you’ll find here is about what you can do RIGHT NOW to help yourself.

What’s done is done.  Are you ready to step up for yourself?

If you are wondering about the stages of dying from heart failure, you or your loved one are probably late in the disease process.

By the time heart failure is diagnosed, you have already been suffering from heart disease for years.

If your doctor says your heart failure was caused from “a virus of unknown origin”, that information is not helpful.

Heart disease IS a disease of the circulating blood.

Bacteria and viruses may very well contribute to the growing disease in your circulating blood, but END_OF_DOCUMENT_TOKEN_TO_BE_REPLACED 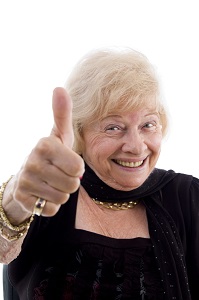 Are you worried about heart disease?

You’re in good company.  When you lose loved ones due to heart disease it tends to cause some worry, at least in the back of your mind.

Heart Disease is the number one killer in the world today but there is often no warning before sudden death shocks your family, leaving them to pick up the pieces of their lives without you.

“You begin to experience uncomfortable symptoms such as chest pain.

Your doctor convinces you to look at your pain as a plumbing problem in your heart, and you allow him to cut you open to “fix” the problem.

Your surgeon and your primary physician do not make you understand that this is a temporary fix and you are back under the knife less than a decade later.”

I can see why Patti tells her story as “A fate worse than death”.

Cutting your chest open is hard on you, no doubt!  In fact major surgery is oxygen draining, therefore life draining.

Heart disease is also not a plumbing problem, so you will have lost much of your strength, and livelihood, along with plenty of your future potential.

Patti is actually one of the lucky ones.  She survived her ordeal with repeated heart surgery to enjoy some retirement years.  She is a proud lady, but she has obviously suffered a great deal of loss due to the consequences of treating heart disease without addressing the cause of heart disease.

As Patti puts it, she “learned her lesson and lived to see another sunset”.

Assuming you are not being rushed into emergency surgery for urgent acute care, do you have options for your heart disease symptom other than surgery?

How do you address the real cause of heart disease?

Certainly your doctor has spoke to you about diet and life style change.

You probably blew it off after he told you that your lab tests were all within normal limits.

When you experience a serious heart disease symptom will it alarm you into scheduling surgery, or seeking solutions?

Dr. Majid Ali, author of Oxygen and Aging, is a blood expert.  I’d wager that he has looked at blood as closely as anyone on the planet.  He is also a very wise and successful doctor.

Dr. Ali will teach you that your heart disease symptom is not a plumbing problem.  It’s a problem of your circulating blood and endo cells.  (The cells lining every blood vessel in your body.)

Acidity and increased free radical activity thicken your blood and clot up the proteins, starting in the plasma and then trapping the red cells in the sludge.  These micro clots stick to the endo cells everywhere in your body.

Dr. Ali teaches us that “Oxygen governs and regulates the activity of all clot busting systems of the body”.

It behooves you to Increase Your Oxygen … anyway you can … asap!

If you wait until your heart disease symptom has become urgent there may not be time to learn how to breathe more optimally and supplemental oxygen may no longer make any difference.

However, this urgent state is not caused by clogged plumbing.

The sludging action will eventually irritate your endo cells and then the muscles in your arteries causing vaso spasm.

There is no replacement for Acute Care.  When you need it you need it.  So seek help immediately when you experience worrisome symptoms.

Heart Failure Solutions “Increase Your Oxygen” Is designed to guide you to healthier habits BEFORE you need to call 911!

Though he also says your breathing can mean the difference between “a heart attack and no heart attack”!

Click on the link and learn about the benefits of becoming a member of The Life Breath Club.

This is a private membership to protect your medical privacy!

If Yolanda had taken the many years of simple advice, she could have saved herself a lot of suffering. END_OF_DOCUMENT_TOKEN_TO_BE_REPLACED If you are NOT covering the basics in health related fitness components, it’s only a matter of time before you suffer the consequences.

Nurture your body, or neglect it and push yourself into an early grave!

Do you have any idea what you need to do to provide yourself with the basics for health building?

“Hey, I need my vices to get through the week!”

If you aren’t suffering… why worry?

Because, when your suffering begins, you will have no choice but to suffer! END_OF_DOCUMENT_TOKEN_TO_BE_REPLACED

Nobody wants to rush to the emergency room gasping for breath, and then spend a few days dining on hospital fare with your butt hanging out of the most unflattering attire imaginable.

Yet, if you are shopping ‘til you drop, and then having chips and dips and drinks with desert (prescription medication too?), you are asking for a hospitalized holiday!

Lack of sleep, water and good wholesome food will catch up with you quick.

You waste SO much energy processing and eliminating stimulants, alcohol and junk food!

Want to enjoy your holiday? END_OF_DOCUMENT_TOKEN_TO_BE_REPLACED