If Yolanda had taken the many years of simple advice, she could have saved herself a lot of suffering. END_OF_DOCUMENT_TOKEN_TO_BE_REPLACED

Death is a part of life.  When someone you love dies, your life  goes on without them.

Alzheimer’s Disease and dementia can effectively take your loved one from you.  Though your lives go on, the person you loved is gone.  They are no longer who they were.  Someone else is living with you.

Grieving for the loss of a loved one that is not dead is a heart wrenching kind of pain.

Do you feel angry and sad? END_OF_DOCUMENT_TOKEN_TO_BE_REPLACED Do you believe in the no pain, no gain” approach to exercise?

Recently I noticed that a couple of my neighbors have taken to the road in clothing that resembles a garbage bag.  I am assuming that this attire is about causing increased sweating and increased weight loss.

It amazes me that the ladies are so willing to put themselves through such torture in the name of fitness.

Is exercise about sweating?

Is shedding fat and toning muscle all about sweat?

Why is physical fitness so important anyway?

Sedentary Death Syndrome (dying because you don’t move your body) will rob you of your quality of life and kill you prematurely.

Do YOU have to sweat to feel better?

There are three sides to the fitness triangle.  Not all of them involve sweat.

In fact, you can achieve fitness without any significant sweating.

Life is really worth living when you have a spring in your step and a twinkle in your eye!

What 3 areas need attention in order to achieve fitness? END_OF_DOCUMENT_TOKEN_TO_BE_REPLACED

Do you literally have a pain in the neck most of the time?

Are you often tense?

You are in good company.

It seems to be going around.

If you have had head, neck, shoulder, or back pain lately answer the following questions:

Sick of that stiff neck? END_OF_DOCUMENT_TOKEN_TO_BE_REPLACED

Are you feeling isolated and alone?

Would you like to feel connected to the world outside your door?

It doesn’t matter if you are young or old, building a support system can be challenging.

If you have reached the point of feeling isolated, you need to take quick action to plug yourself in and get the support you need.

Community Resources may be the answer.

Online communities like this one, can offer great resources and contacts that will enrich your life.

The inter-net has the amazing ability to connect you with people all over the world.  There is, however, no substitute for real, flesh and blood, people in your life.

Surround yourself with people who are living an active lifestyle!

Find someone who is full of life, and you have found a role model.

Find someone wanting to make the changes you want to make and you’ve found an accountability partner!

The potential is there.  It is up to you.

You definitely can’t make your life better in isolation.

Get out of your comfort zone:

Join The Life Breath Club and Laugh With Us Every Monday Noon US Pacific.

This is a private membership site to protect your medical privacy. 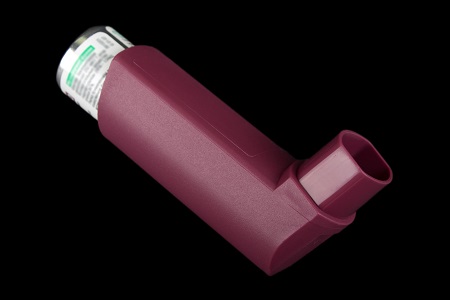 Does wheezing mean that you have asthma?

Your doctor will diagnose you with asthma when you have wheezing that reoccurs over an extended period of time.

You just have “reactive airways” when you wheeze with a cold, and it goes away.  When you return to your doctor complaining of ongoing wheezing, you are eventually considered “asthmatic”.

Asthma is considered to be a disease that “inflames and narrows the airways”.

It is commonly accepted that asthma is not curable, and it lies dormant waiting to flare up at anytime.

The treatment for asthma is a combination of oral and inhaled medication to make your airways less inflamed.

Recently advisers to the FDA recommended that the drugs, salmeterol (Serevent) and formoterol (Foradil), not be used for young children and there is concern for young adults.

They want the drugs used for chronic obstructive pulmonary disease (COPD), but not asthma.

These drugs are considered to carry too high a risk for asthma-related complications and death!

These drugs have been used routinely to TREAT asthma and COPD for years.

Now they are saying that they are just too dangerous when used without steroids!

Steroids are used to reduce inflammation

Does any of that make sense to you?

Heck, doesn’t make any sense to me, and I have been taking care of asthma patients for well over 20 years.

So if you wheeze, DO you have asthma?

Do you have a disease you will have to medicate the rest of your life?

You certainly DO have the power to reduce inflammation, and you can do it without dangerous drugs!

However, there is a bigger issue here that we need to talk about.

Wheezing can also be caused by fluid in the lungs.

If you are actually dealing with heart failure, low oxygen levels are a huge concern!

Oxygen and other essential nutrients can not be transported where they need to go when you have excess fluid interfering with the process!

Shortness of breath can become a scarey trip to the hospital, QUICK!

Even if you don’t have heart failure, fluid retention robs your health.

The excess fluid you retain over works your heart.

Low oxygen level will cause quick distress to a failing heart.

If you are wheezing, you are definitely experiencing inflammation and narrowing of your airways.

Whether you actually have asthma or not, how do you reduce the inflammation in your breathing passages that causes your wheezing?

You just read that the FDA has issued warning about the safety of asthma drugs.  They don’t do that often.  In fact, there are many drugs available today that science is proving to be harmful without any warning being issued to the user.

Your doctor gets to decide if what you are drugging is worse than the side effects of the drug you are about to swallow?

Or do YOU want to decide if you are willing to take the risk of developing deadly side effects?

If you reduce inflammation, you will reduce the incidence and severity of your wheezing and shortness of breath.

Your joint pain will diminish.

You will sleep better.

Your mental irritability will decrease, and your attitude will improve.

If you wheeze, do you have asthma?

Reduce your inflammation and find out if your wheezing goes away.

PS-  If you have severe swelling at your ankles, and you have just been diagnosed with asthma, get a second opinion!