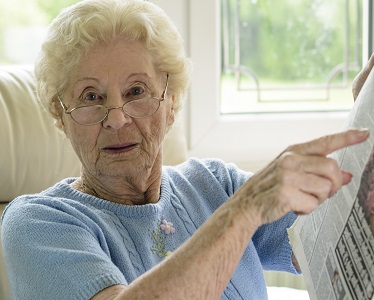 Refusing Medicaid will cost citizens more than just their health.

Getting sick is a very expensive thing to do!

Even if you have health insurance, you may find that your share of the bill is far more than your financial portfolio can cover.

If you own anything, prepare to pay.

We’ve discussed why there is no transparency in hospital care pricing in a previous post.

Remember why youth makes you pay bigger health care costs?  It doesn’t make any sense and it’s not the fault of sick/old people.

It isn’t the fault of pharmacies or insurance companies either.

Nope, it isn’t ObamaCare either!

You’d be surprised to find out that the ONLY protection you have from the threat of financial destruction is VERY good health insurance and the US Government.

Medicaid really can save your life and livelihood!

You will find a link to the article I’m referring to at the bottom of this post.

After you read about how elected officials are denying you this protection from disaster, please do read about the unethical Charge Master.

You need to know.

Last Friday, Michael Hiltzik of the LA Times gave us a very important heads up.

Don’t be fooled by the story being fed to you.  Find out how your elected official can offer you the care you need.

Fiscal idiocy: What states refusing Medicaid will cost their citizens

One ever-popular piece of political theater is for governors to go to Washington to demand a fair return on the money their citizens pay to the federal government.

You know the drill: Governor calculates that his or her state receives only 80 or 90 cents back on every dollar the people pay, throws conniption, takes junket to DC, accompanied by TV cameras. When he was governor of California, Arnold Schwarzenegger made this a big part of his fiscal reform program.

Sherry Glied and Stephanie Ma of the Commonwealth Fund have done the math to show how this calculation is affected by the refusal of 25 states to expand Medicaid under the Affordable Care Act. (Thanks to Brad DeLong at the Washington Center for Equitable Growth for the tip.) The bottom line is that as a pure fiscal and budgetary matter, refusing the Medicaid expansion is insane. The cost is $57 billion a year.

The Act provides for federal funding to expand the state-federal healthcare program to residents earning up to 138% of the federal poverty level. The federal share will be 100% of the expansion cost through 2016, and stay at 90% or above through 2020.

The Supreme Court made the Medicaid expansion optional, and 25 states have turned down the deal. This is entirely the handiwork of Republican governors or legislatures determined to take a dramatic stand against Obamacare. Of the 25 refusenik states, six have governors who support the expansion over the legislature’s objection; four are Democrats, including the governor-elect of Virginia, and two are Republicans.

It’s already been established that the failure to expand Medicaid will deprive 5 million residents in those states of the improved access to health coverage provided by the Affordable Care Act. Glied and Ma show how the forsworn Medicaid funds will hit those states’ budgets. In every case, they show, the Medicaid expansion would provide more federal funding than the federal highway program, which is one of richest federal handouts to states. In one case — North Carolina — the Medicaid funds would outstrip even defense procurement, which is the Big Kahuna of federal aid.

Put together, the 25 states are turning down $57 billion annually. As the Commonwealth Fund points out, their citizens are paying for the program anyway — but by refusing to accept the funds, these states are sending their own residents’ tax money to other states. The net loss, the authors calculate, is more than $40 billion a year. The refusal may turn a couple of states, including Texas, from net gainers in federal funds to net payers. Brilliant.

As Glied and Ma write, “Even states that do not value the health and health system benefits of expanding Medicaid may value the expansion as a source of funds that benefits the state economy.” That’s a charitable way of putting it.  Have these governors and legislatures told the voters how much their ideological stand is costing in cold cash?

The highlighting and the underlining was my doing.

This is important information that requires your attention!

Michael Hiltzik is a very informed individual.  I’ve included all his contact information at the bottom of the article so that you can stay connected to him and receive his communications.

I’d advise you to take action and connect with him so that you are a better informed citizen, BUT FIRST, you may want to understand why your hospital bill can be so outrageously high EVEN if you have health insurance.

Click on the link below to learn why their is no transparency in health care pricing.  Would you like to understand your bill?

Would you like the bill for your health care to be reasonable and honest?