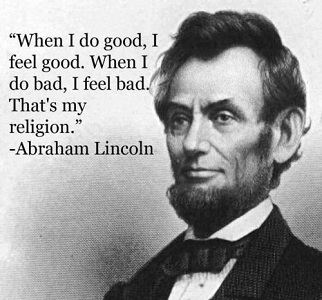 Mr. Rogers represents safety and comfort to many.

The man knew how to deal with grief.

The planet is still being nurtured by him 9 years after his death.

This story touched me in the wake of the tragedy last Friday.  As we all reel with pain, we could use any comfort we can find.

I love the connections of the people in the following story that I saw shared on facebook by one of my friends.  (Speaking of comforts.)

It is beautiful how God gets our attention with “coincidence” and synchronicity!

Mr. Rogers’ Words of Comfort Revived In Wake of Tragedy

The image was indelible, even before Friday’s horrifying events in Newtown, Conn.: a photograph from the May 15, 1978 edition of People Magazine of a little boy, his tiny hands cradling the face of “Mister Rogers,” as the children’s television host kneeled down to greet him.

That photo of Fred Rogers and that, awed, joyful, unnamed child was taken by Pittsburgh photographer Jim Judkis in 1978, but it took on new life over the weekend as parents struggled for guidance on how to talk to their children about the shootings of 20 schoolchildren.

The photo was first posted on the Facebook page of a public television and radio advocacy organization, 170 Million Americans for Public Broadcasting. From there it went viral: on NBC’s “Meet the Press” on Sunday and in the Washington Post on Monday, among other media sites, along with this quote from Rogers: “When I was a boy and I would see scary things in the news, my mother would say to me, ‘Look for the helpers. You will always find people who are helping. To this day, especially in times of ‘disaster,’ I remember my mother’s words, and I am always comforted by realizing that there are still so many helpers — so many caring people in this world.”

As of Monday afternoon, there were 49,058 “likes” and 88,778 shares on Facebook. At the closing of the “Meet the Press” program, host David Gregory showed the photograph and read the Rogers’ quote — while adding his own prayer to bereaved families and their children: “May God give you strength and at least you can know there is a country full of helpers here to catch you when you feel like falling.”

Rogers died in 2003, two years after “Mister Rogers Neighborhood” went off the air. But his soothing demeanor and timeless wisdom has been repeatedly tapped in times of crisis, during his lifetime and after.

“At times like this, the idea that there were people in that school trying to save the lives of children — they were the helpers, and that whole concept is very positive,” said Bill Isler, longtime head of the Fred Rogers Co. who worked closely with Rogers for 30 years. He recalled Monday that Rogers repeatedly used the “helpers” concept in his speeches.

“Mister Rogers’ Neighborhood” began in 1967, but its host wasn’t called upon to talk about trauma until the assassination of Robert F. Kennedy the following year, when he found himself needing to reassure families and educators about how to explain the inexplicable.

“That was the first time he dealt with truly scary things in the news,” Mr. Isler said.

After the pipe-bomb explosion during the Atlanta Olympics on July 27, 1996, a Saturday morning, Rogers told Post-Gazette reporter Barbara Vancheri how much he appreciated ABC’s handling of the event. News anchor Kevin Newman warned children they wouldn’t find cartoons there and advised them to have an adult with them if they planned to watch television.

“I thought that was extremely thoughtful programming,” he said. “I really applaud that, because if I had been in that position, that would be exactly what I would have said.”

After the Sept. 11, 2001 terrorist attacks, Rogers taped public service announcements aimed at adults wondering about how to discuss world news with their young children. These included his “look for the helpers” sentiments and other guidance.

“Well, we at Family Communications [Rogers’ production company] have discovered that when children bring up something frightening, it’s helpful right away to ask them what they know about it … probably what children need to hear most from us adults is that they can talk with us about anything, and that we will do all we can to keep them safe in any scary time.”

While it’s possible that those children at Sandy Hook Elementary School in Newtown, Conn., hadn’t ever watched “Neighborhood,” which no longer runs regularly on PBS, old programs are available on Amazon.com, iTunes and on some PBS stations.

“What’s interesting to me is that David Gregory identified with Fred Rogers right away as someone who could reassure parents and their children — perhaps because he grew up with him,” Mr. Isler said.

Mr. Judkis vividly remembered visiting what was called the Memorial Home for Crippled Children, now The Children’s Institute, on Shady Avenue in Squirrel Hill, with Rogers.

“We were waiting in this room, and 10 children came in, some of them in wheelchairs, and Mr. Rogers got down to their level, and this little boy walked over and put his hands on his face. I call it my one lucky shot,” he said.

It was the first day Mr. Judkis ever worked with Rogers, and went on to work with him for more than two decades, photographing more than a dozen children’s books.

“Working with Fred was one of the greatest privileges ever,” said Mr. Judkis, 61, who runs a busy freelance photo business in Franklin Park.

It was especially meaningful too, when the Washington Post weighed in on Monday about the image and the quote going viral — in a piece written by Mr. Judkis’ daughter, Maura, 27, a staffer at the newspaper.

Somehow it gives me comfort to picture this photographer’s daughter coming in to work at the Washington Post Monday morning.

I’m sure her heart was aching with the rest of us.

It must have been very comforting to write an article about her dad’s “one lucky shot” going viral to comfort the nation and the world.

To feel such a powerful connection is always comforting.  Connection comforts like nothing else can.

If it was hard in the past to reach out to others and nurture relationships, you might find that the incredible pain we all feel with the victim’s families has brought us so much closer together that reaching out is easier than it use to be.  It can’t possibly be as difficult as it was before every other heart was aching with yours!

Anger and sorrow must be expressed and processed, hopefully in a healthy way, but it’s your compassion that will save you when times get hard.

WE are the helpers!

If you can do nothing else you can pray.  You can think a loving thought.  Someone near you needs comfort and you can comfort them!

Looking for the helpers can help you get helping.  Sudden trauma is shocking!  It can make you freeze in your tracks.

Once you start looking around for the helpers you will feel connected again and you can begin helping from where you are.

You don’t need to know how to deal with grief, just take it as it comes.  Be gentle with yourself.

There is no right way to grieve, but helping sure helps you grieve.

PS-  Intense emotion makes it hard to breathe.  During difficult times your breathing makes you sick without you even noticing your breathing has changed.

Emotional trauma is just one contributing factor effecting your breathing.  Find out how your breathing makes you sick and what you can do about it.

Is my breathing unhealthy?