Do you read Malcolm Gladwell?

The man is an amazing author! 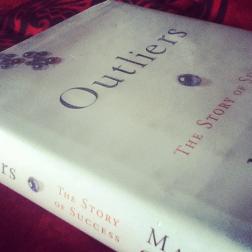 He inspires me so much I am planning a “Malcolm Gladwell Book Club” for Life Breath Club Members!

In my humble opinion his books are, each and everyone, a potential Heart Failure Solution.

His first book,  The Tipping Point, gives us a powerful lesson about the difference ONE person can make on this planet.

His second, Blink, inspires us to honor our brilliance by thinking without thinking.

To me, Malcolm Gladwell’s most important work to date is Outliers because of the powerful and very important message within his stories!

My translation of that message is “LOVE ONE ANOTHER AS YOU LOVE YOURSELF!”

I want to share one of the stories I learned from Malcolm Gladwell in Outliers.

But first, I want to clear up an apparent misconception this brilliant author has, in an attempt to shine a light on this issue for you!

In the introduction to Outliers Mr. Gladwell speaks of the epidemic of heart disease as if it were past tense and the advances in modern medicine as though they have been successful.

“This was the 1950’s, years before the advent of cholesterol-lowering drugs and aggressive measures to prevent heart disease.  Heart attacks were an epidemic in the United States.  They were the leading cause of death in men under the age of sixty-five.  It was impossible to be a doctor, common sense said, and not see heart disease.”

In the introduction to Outliers Malcolm Gladwell seems to be under the impression that something has changed.

It is still impossible to be a doctor and not see heart disease!

The world is facing an epidemic of heart failure.  Many sources claim this is a lie, saying that heart disease is reducing in numbers.  The facts speak for themselves.  Lowering your cholesterol level does NOT reduce your risk of DEATH and heart disease is still the leading cause of death in men AND women, younger AND older than 65!

I didn’t make up that statistic.  Look it up for yourself if you don’t believe it.

Heart disease is a HUGE problem!  The medical merchants want you to be confident that pharmaceutical prevention and surgical repair is in your best interest.

The fact that we are still facing an epidemic of heart failure increases the importance of the story Malcolm Gladwell has to share with us.

There are MANY reasons drugs and heart bypass surgery are NOT in your best interest.

The amazing story you are about to hear should convince you that dangerous drugs and cracking your chest open may not be your best option.

From 1882 to 1894 thousands of Italians from Rosito Valfortore, Italy immigrated to a small mining community in Pennsylvania.

So many immigrated in fact that Roseta Pennsylvania became strictly Italian!

If you walked down the street in Rosetan Pennsylvania for the first few decades after the turn of the century you would have heard Italian being spoken by the citizens of the town.

Dr. Stewart  Wolf learned that Rosetans were not suffering from heart disease the way that the rest of the country seemed to be, and he decided to investigate.

First he thought they must have held on to some dietary practices from the old world that were keeping them healthier than other Americans.

He found that 41% of their calories were from fat!  They also ate sugar more often than they did in the Old Country.

Rosetans also smoked heavily and many were fighting obesity.

He figured if food and exercise were not the deciding factor keeping them healthy maybe it was genetics.

Dr. Wolf tracked down their cousins living in other parts of the US to see if they enjoyed the same good health.

He wondered if their health was simply caused by the magic of living in the Pennsylvania foothills.  Wolf looked at the medical records for two near by towns very similar to Roseta.

The rates of heart disease for men under 65 was 3 times that of Roseta!

It wasn’t the foothills.

Dr. Wolf began to see exactly what it was about Roseta that kept its people healthy.

The Rosetans had created a powerful protective social structure capable of insulating them from the pressures of the modern world and protecting them from heart disease!

– Malcolm Gladwell (In the Introduction to his book, Outliers)

Did you pick up on the hidden truth in this story?

1. Heart disease is STILL the number one cause of death for men under 65!

2. High fat diet did NOT cause heart disease in the citizens of Roseta!

3. The good health of the Rosetans could not be explained by genetics!

4. The Rosetans created a healing environment.  Rather than exalting success and rejecting failure, they accepted each other unconditionally.

5. Rosetans love for one another kept them healthy and happy til they died of old age!

Is that message loud and clear enough for you?

Don’t rely on the heart bypass surgery model of care.  Traumatic invasive surgery every ten years will not keep you living a happy and productive life.

Surrounding yourself with people you care about who care about you is a solid health care plan!

Seriously!  Are you getting this?

I’ve got an invitation for you!

Heart Failure Solutions offers FREE membership to our online community.  Just become a Member of The Life Breath Club and plug in with this positive-loving-humorous group of people.

We meet every week!  You will love the feeling of connection and good energy!

You also get a copy of “Increase Your Oxygen:  Your Secret To Empower Health and Well Being“, by The Life Breath Coach.  Start where you are and apply these basic principles for nurturing health.

This is a private membership to protect your medical privacy.